Woken up by the dang clock again. If nothing else it confirmed that it really was that loud.

On the way there we were advised that there were two different ways to climb the wall at the point that we were – left for the hard way, where it was steep and right for the easy way, which wasn’t so steep. I’ve walked up a number of steep hills, one fairly regularly so we decided that was the route for us.

Over to the wall the coffee shop was established as the meeting point. We had plenty of time to climb the stairs and walk along the wall, thankfully, so the adjusted plan worked out well for this.

Up the initial steps to the wall there seemed to be no part of the steps that I would have considered “hard”. I didn’t think much of it though as I was standing on the Great Wall of China (and the other direction was described as being suitable for people with difficulty walking).

I took the opportunity to take a large number of photos up here. It’s not every day you get to visit one of the New7Wonders of the World. 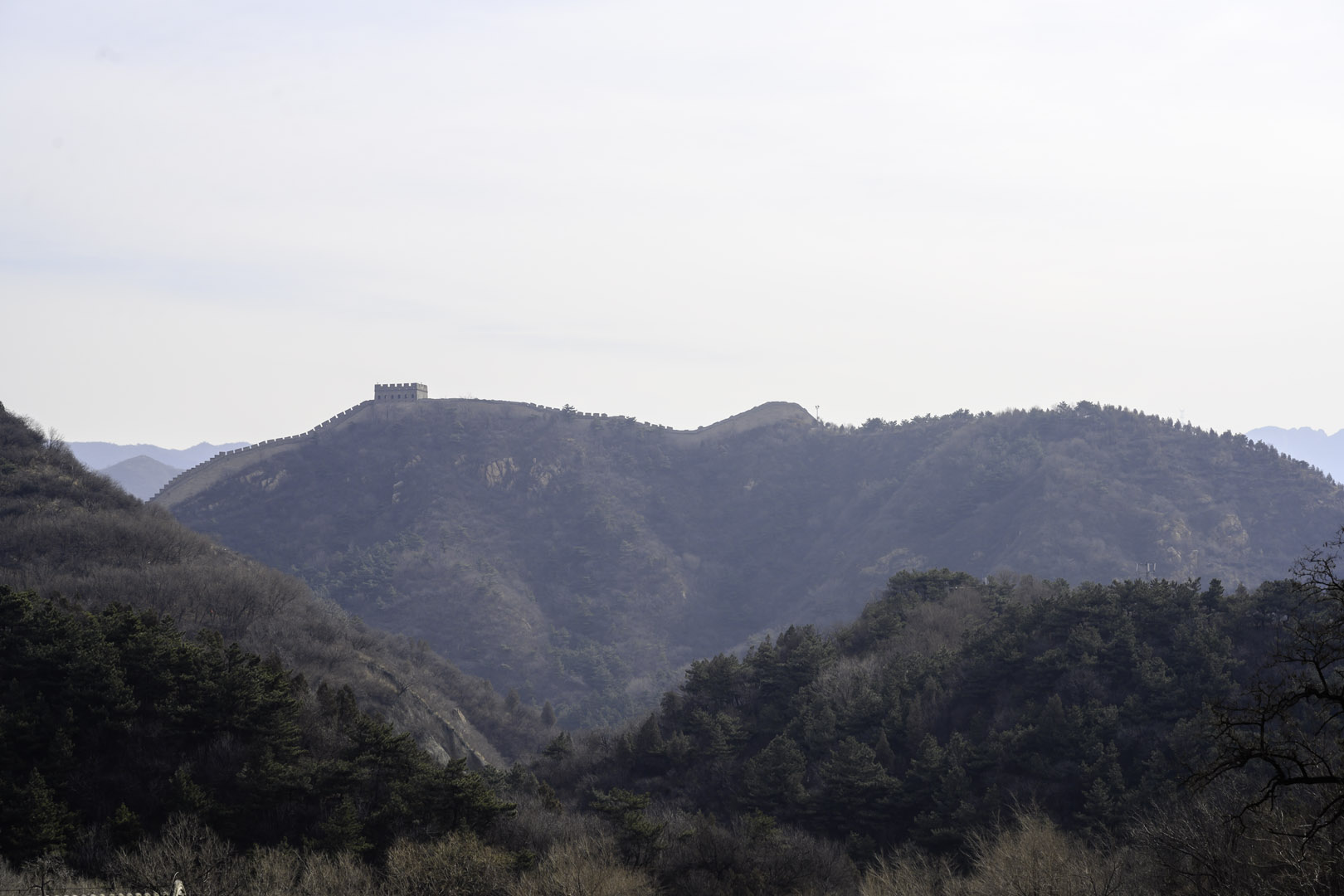 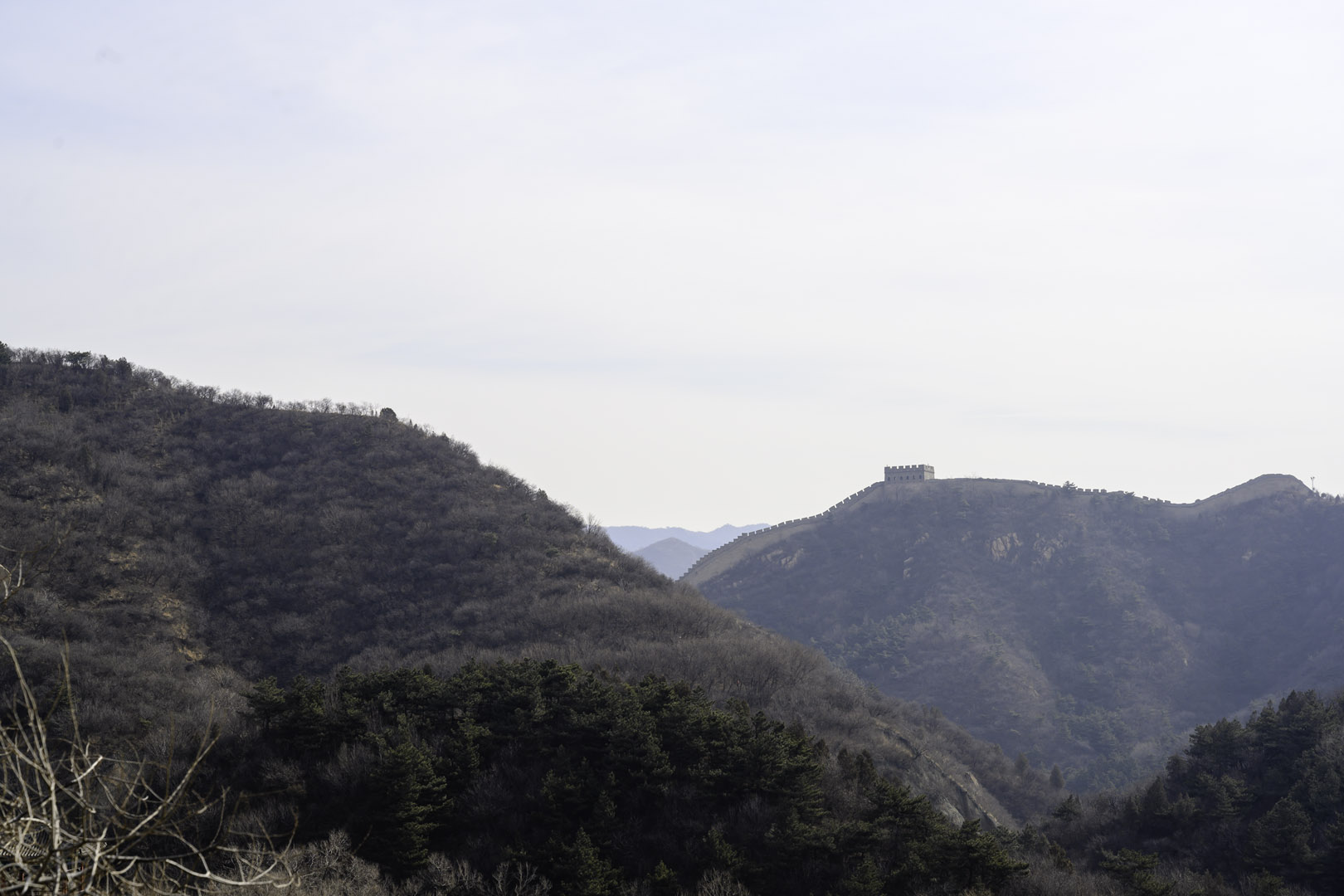 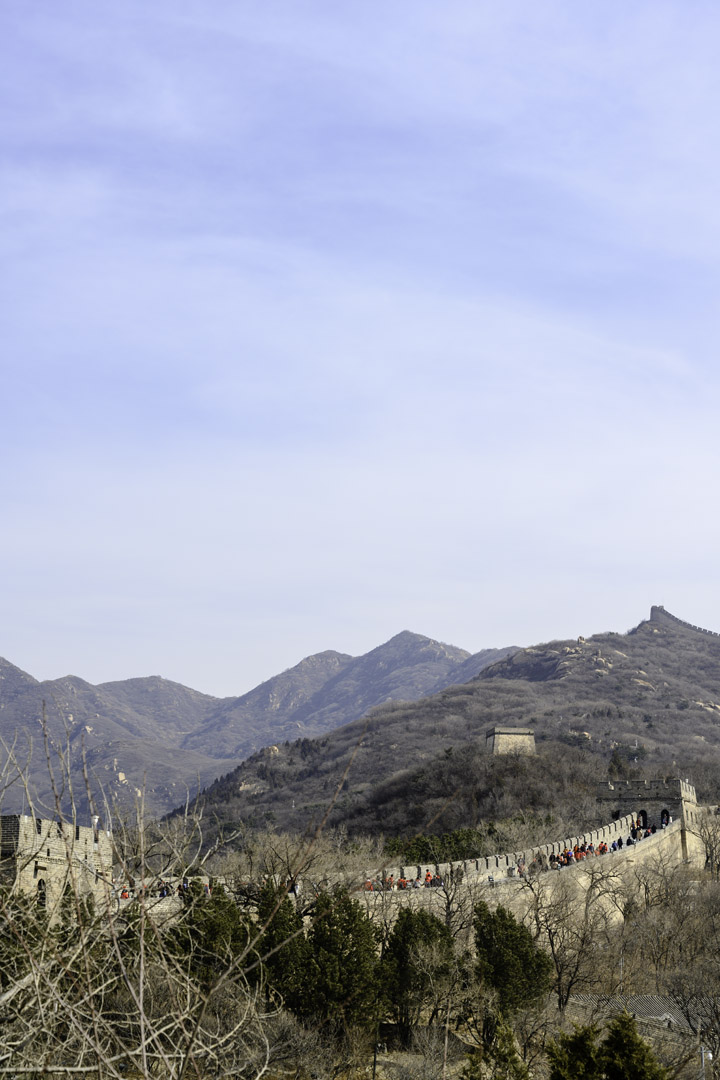 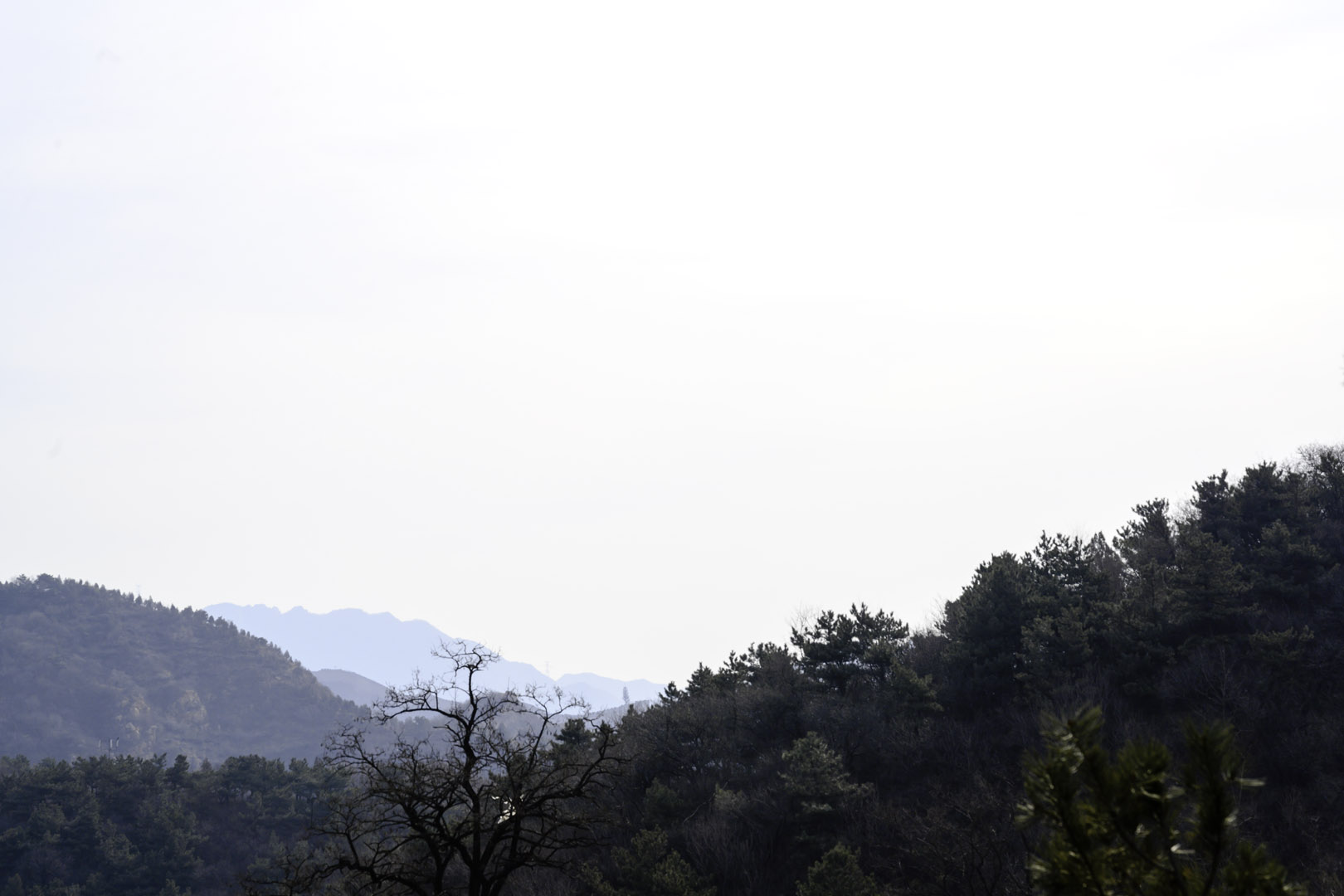 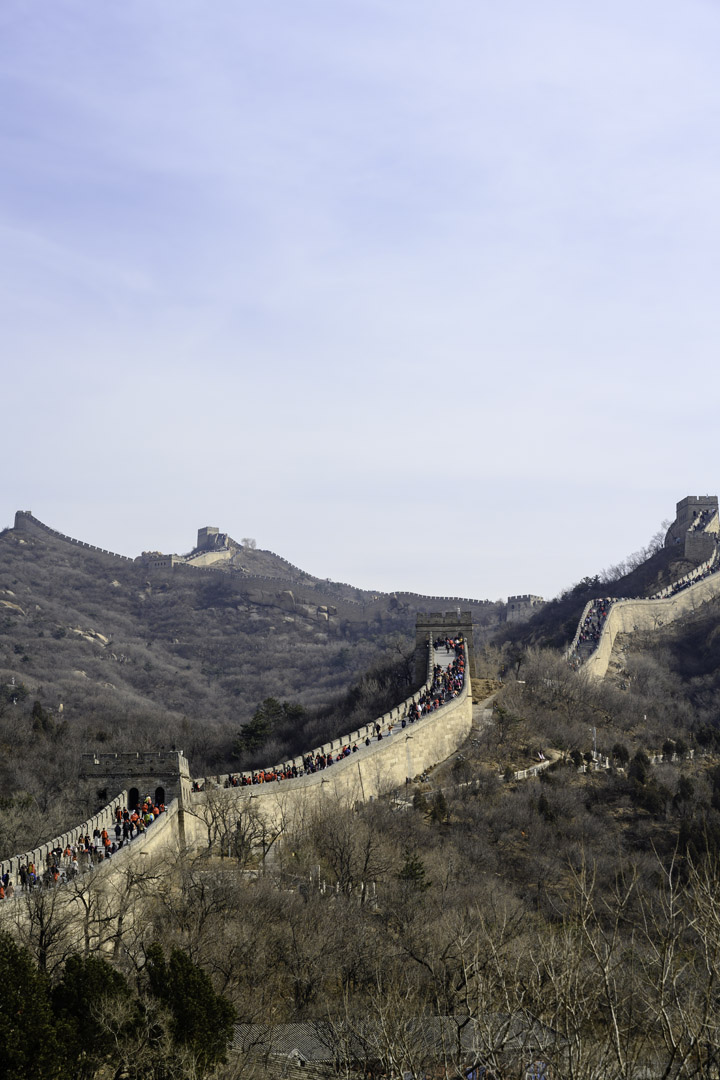 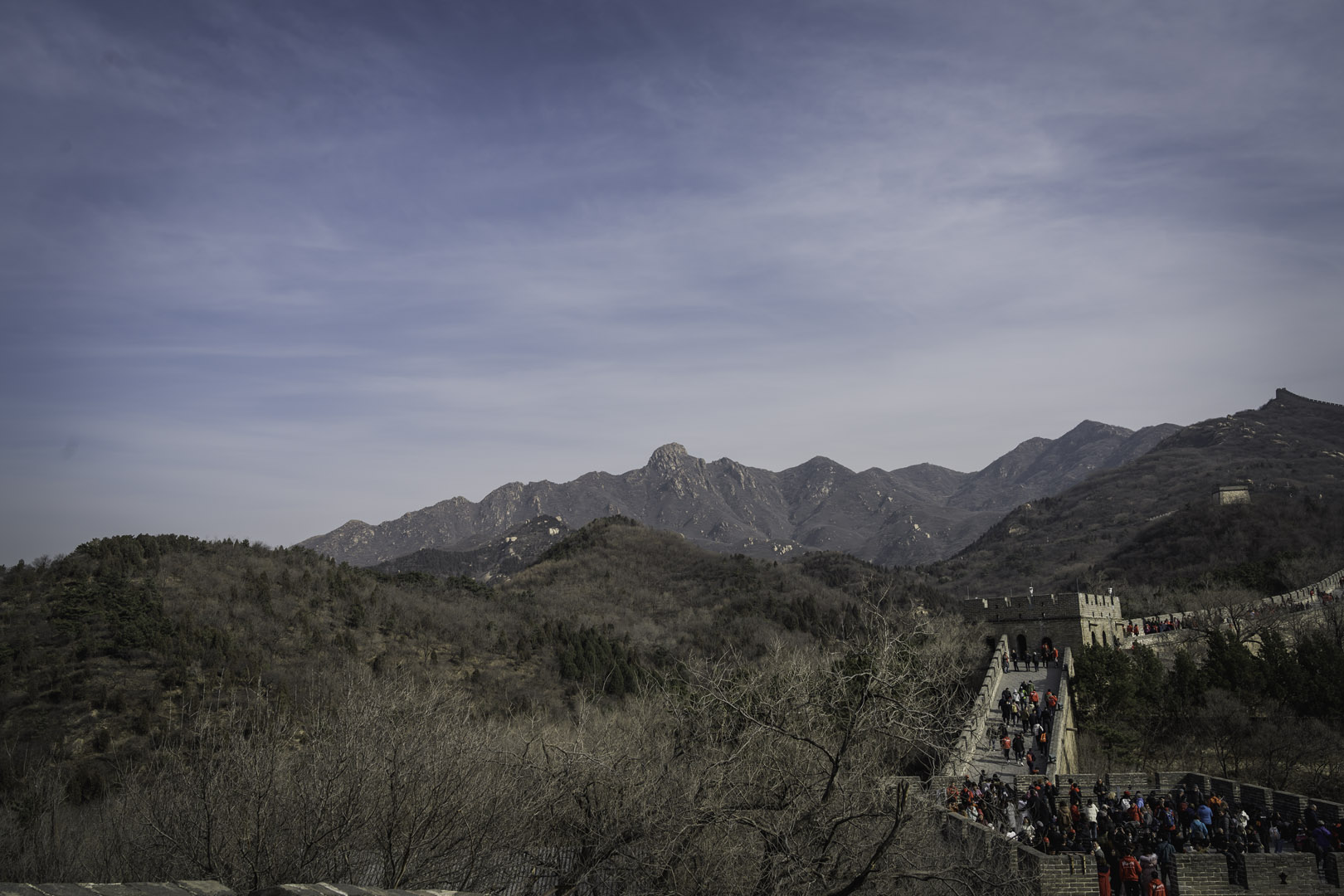 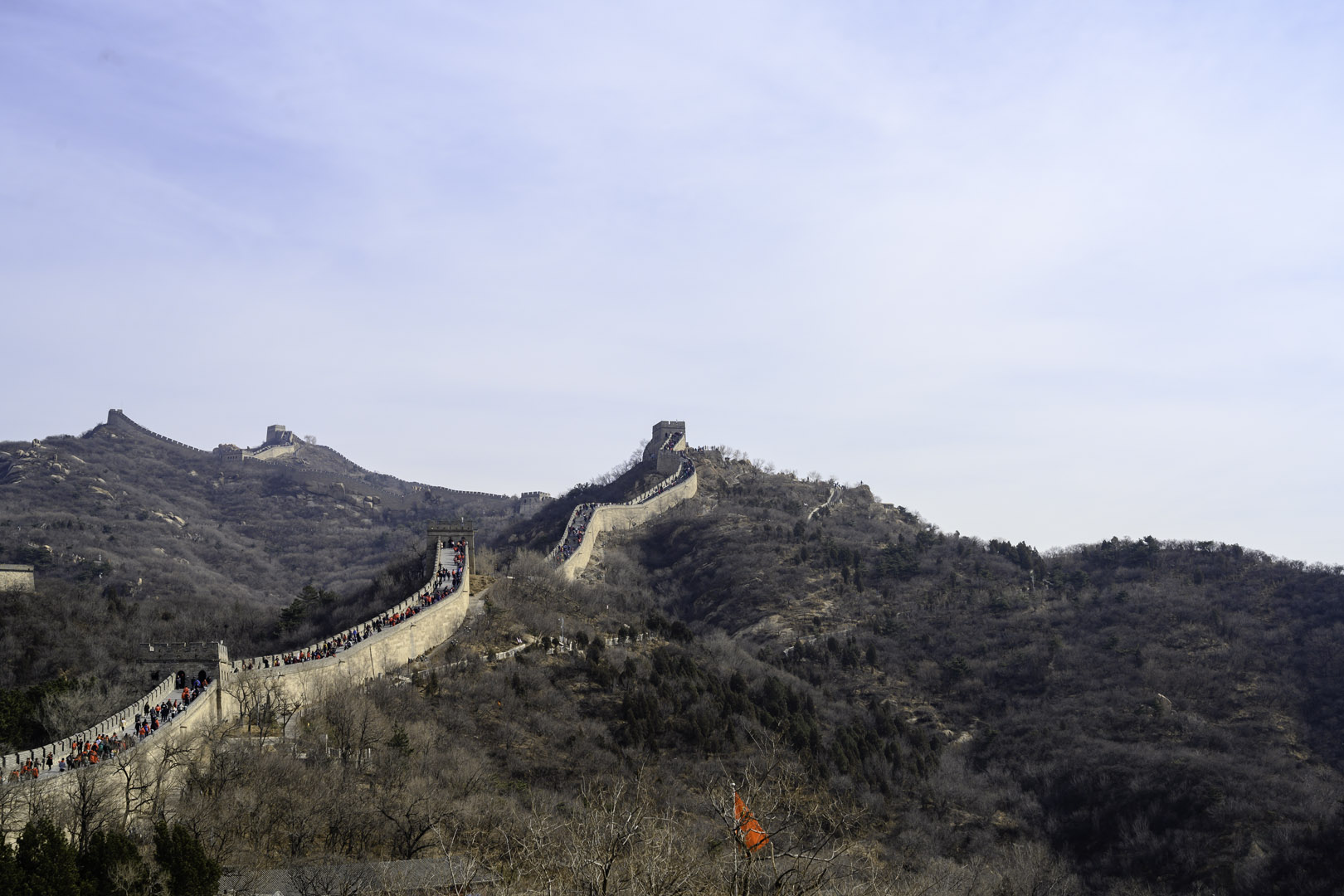 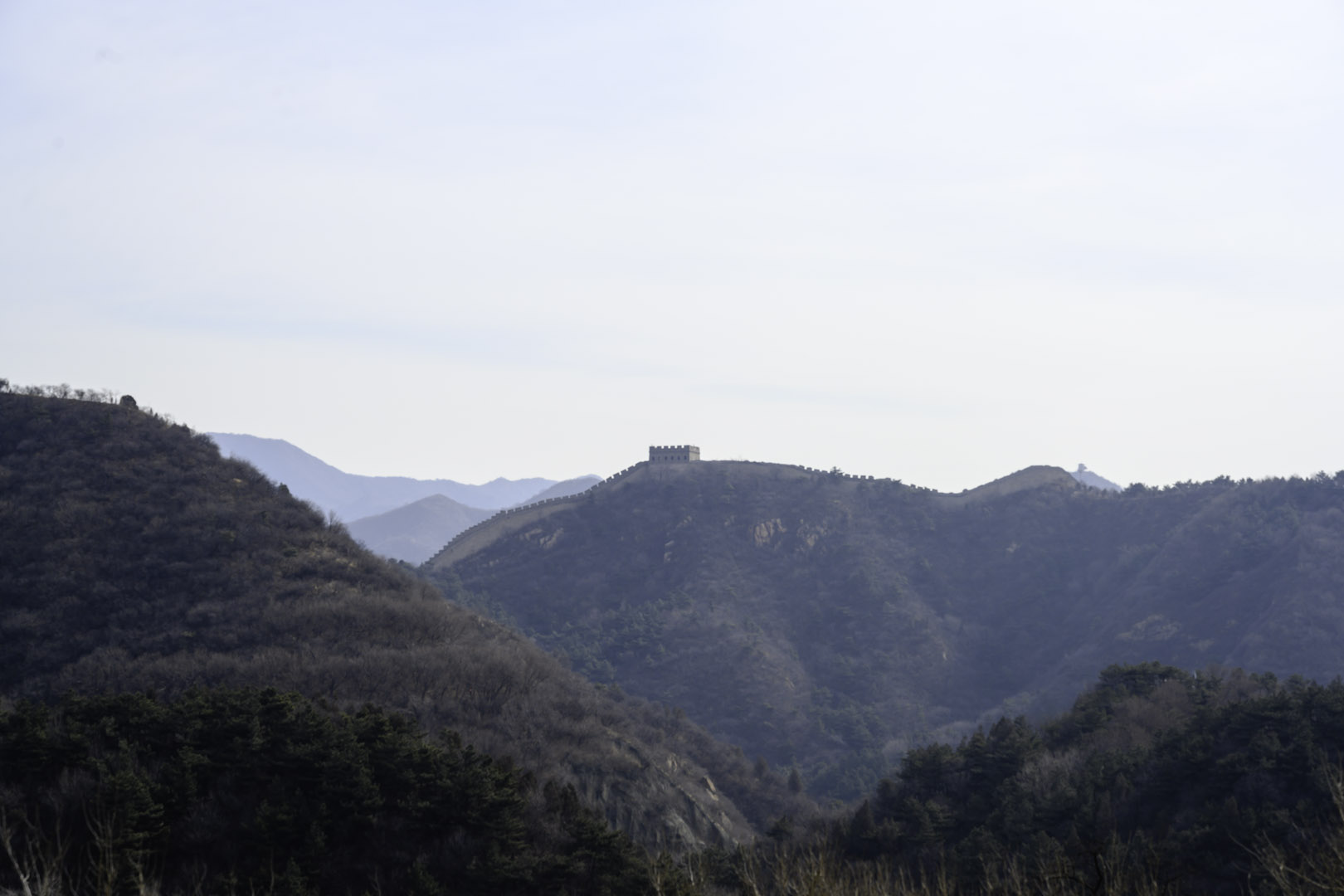 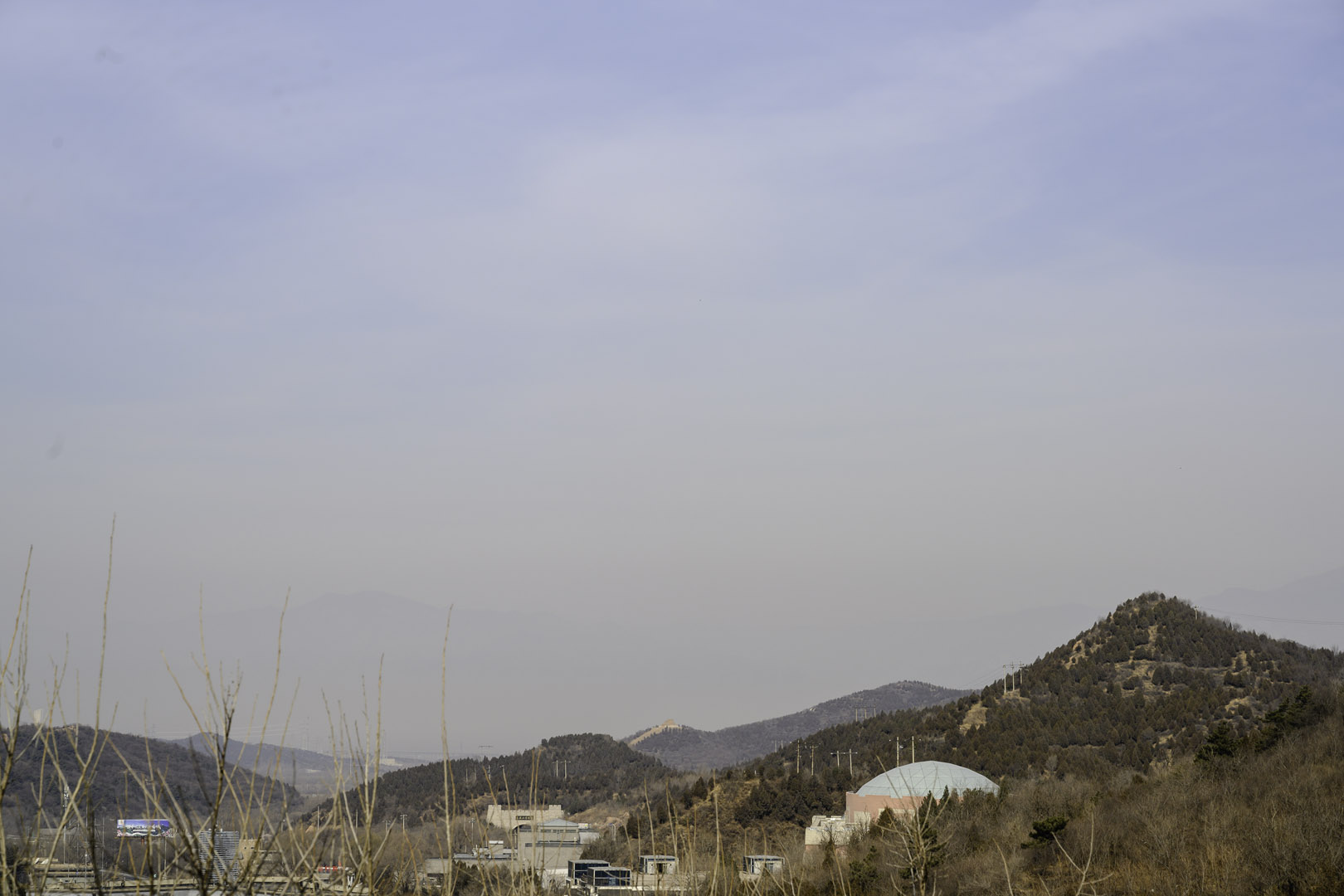 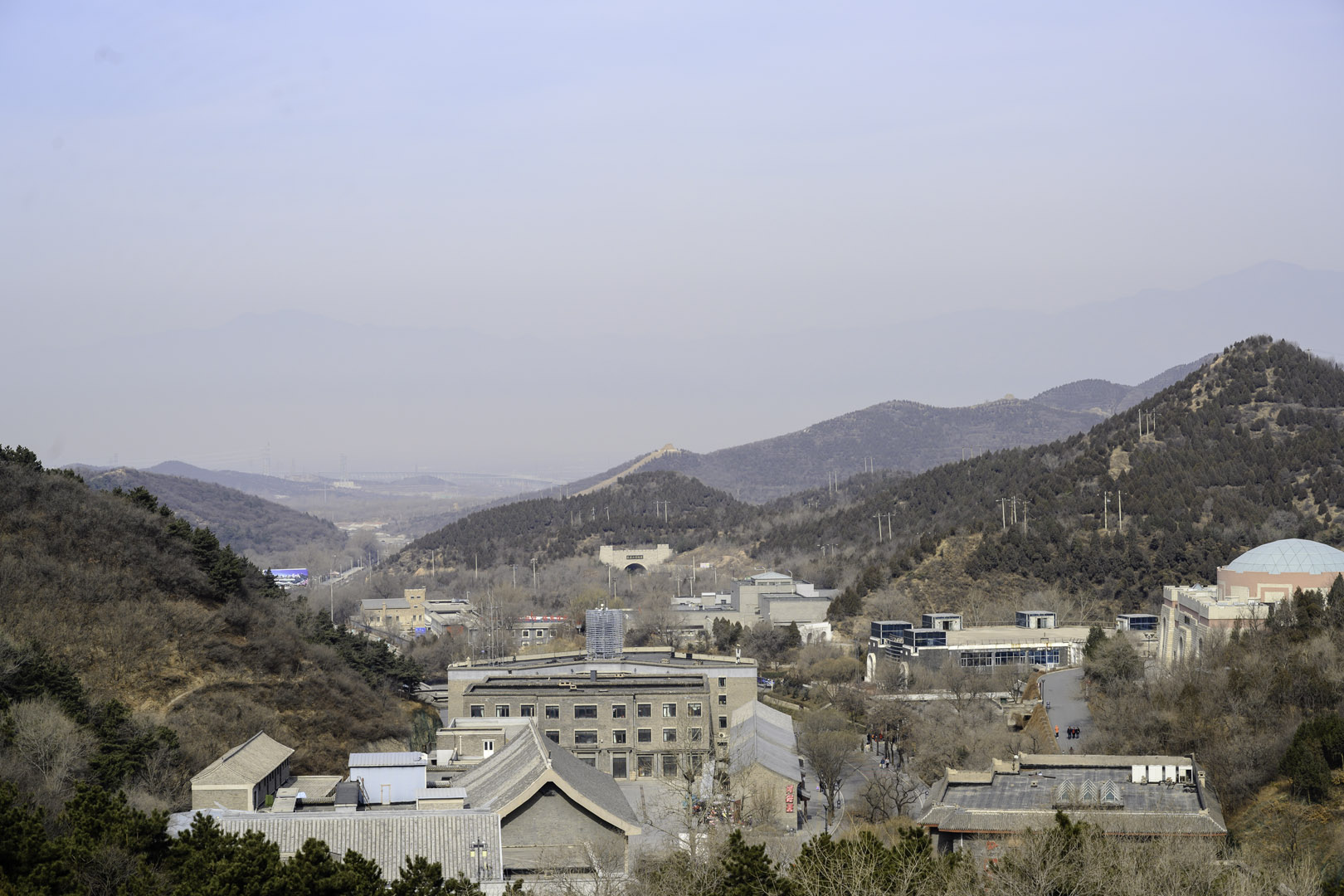 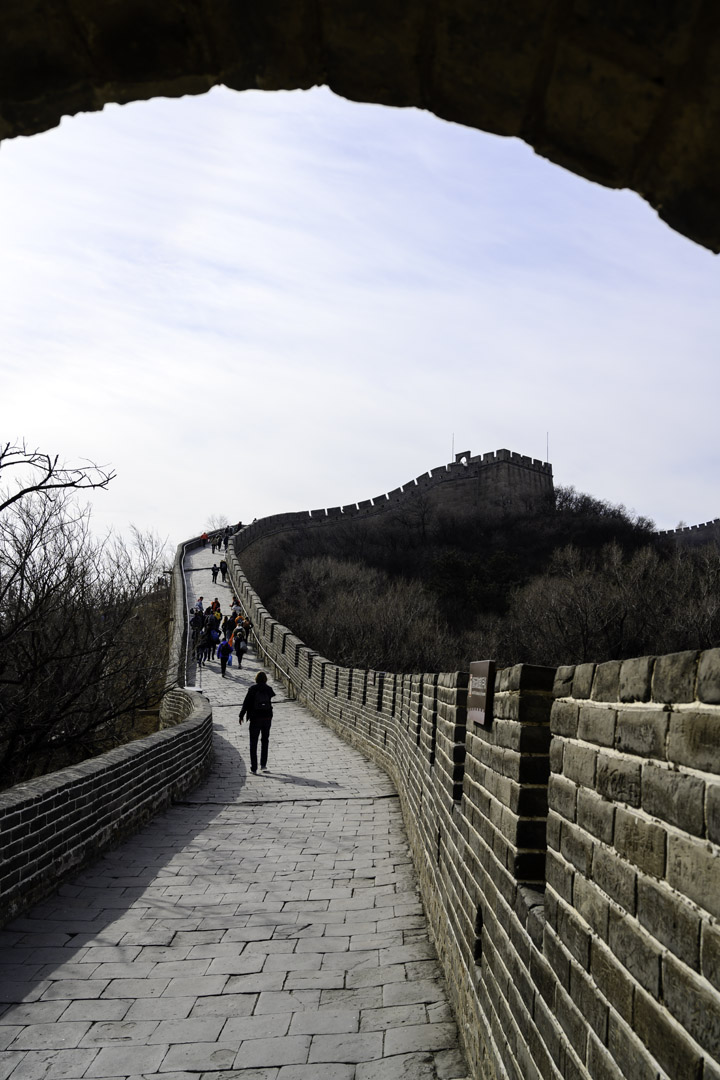 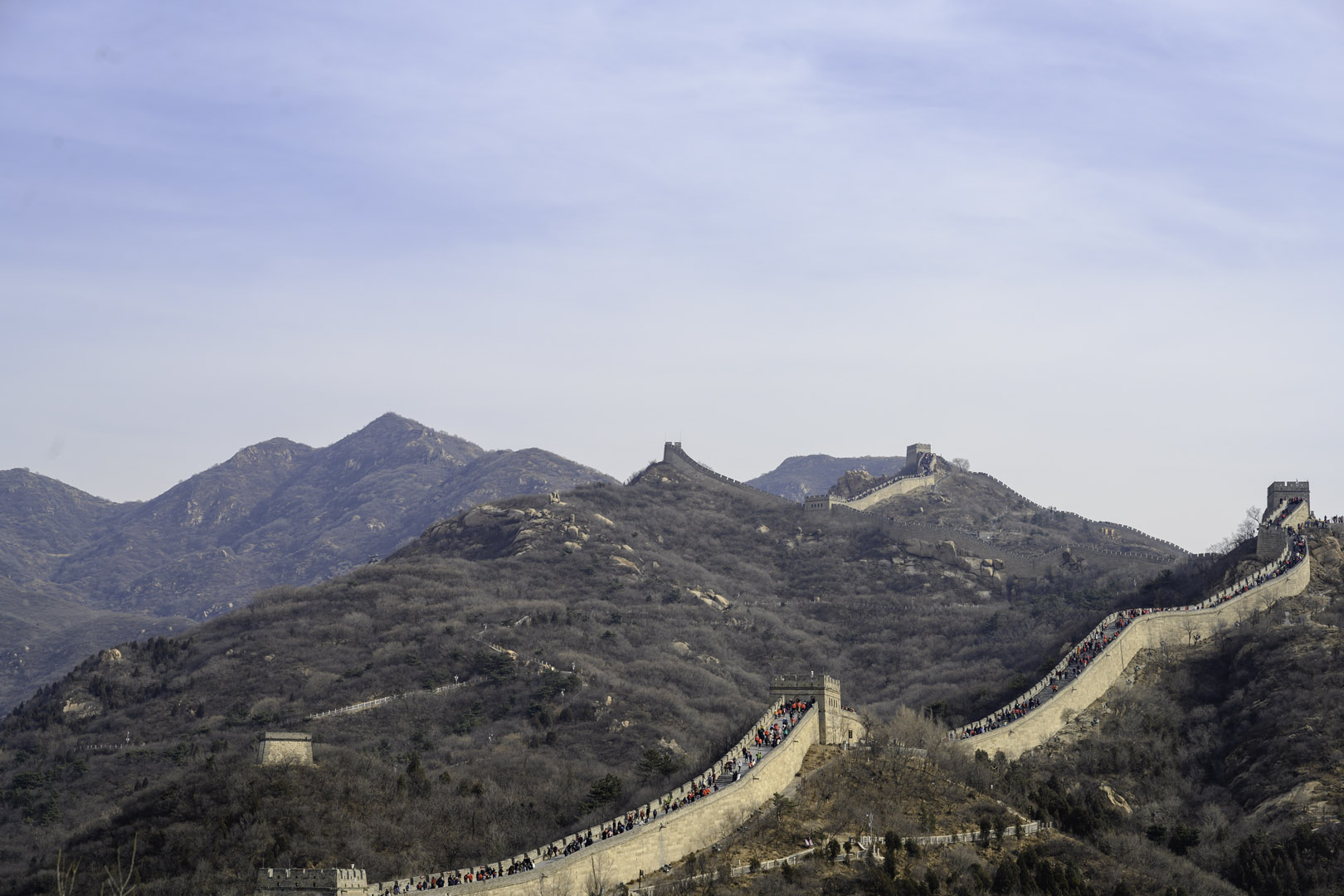 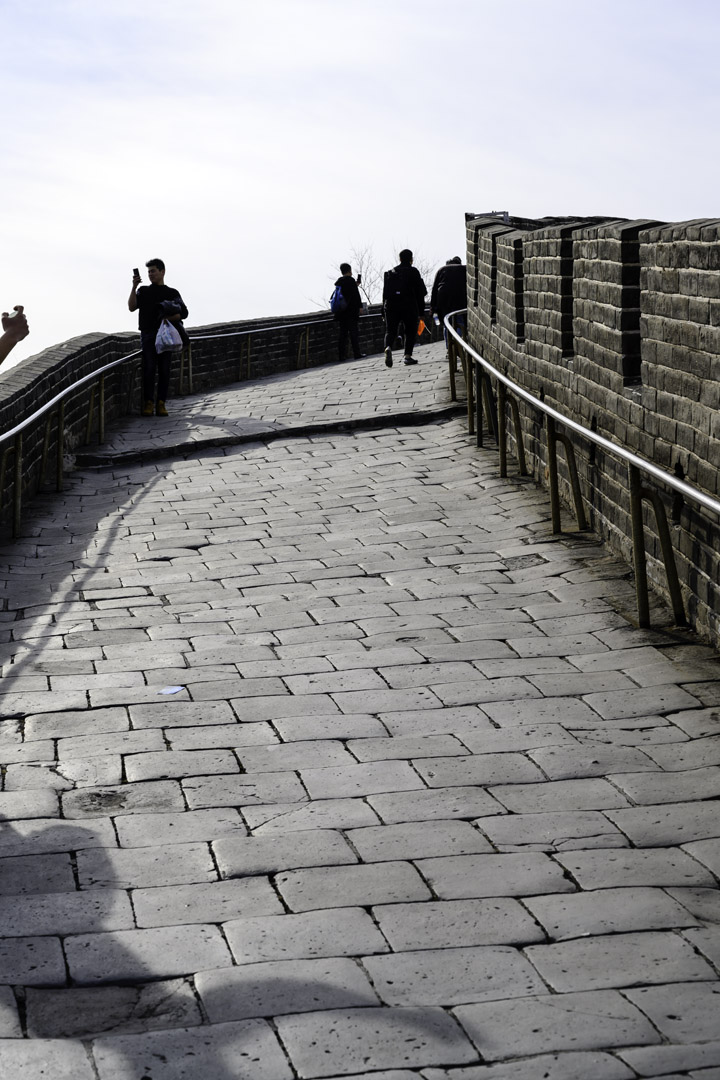 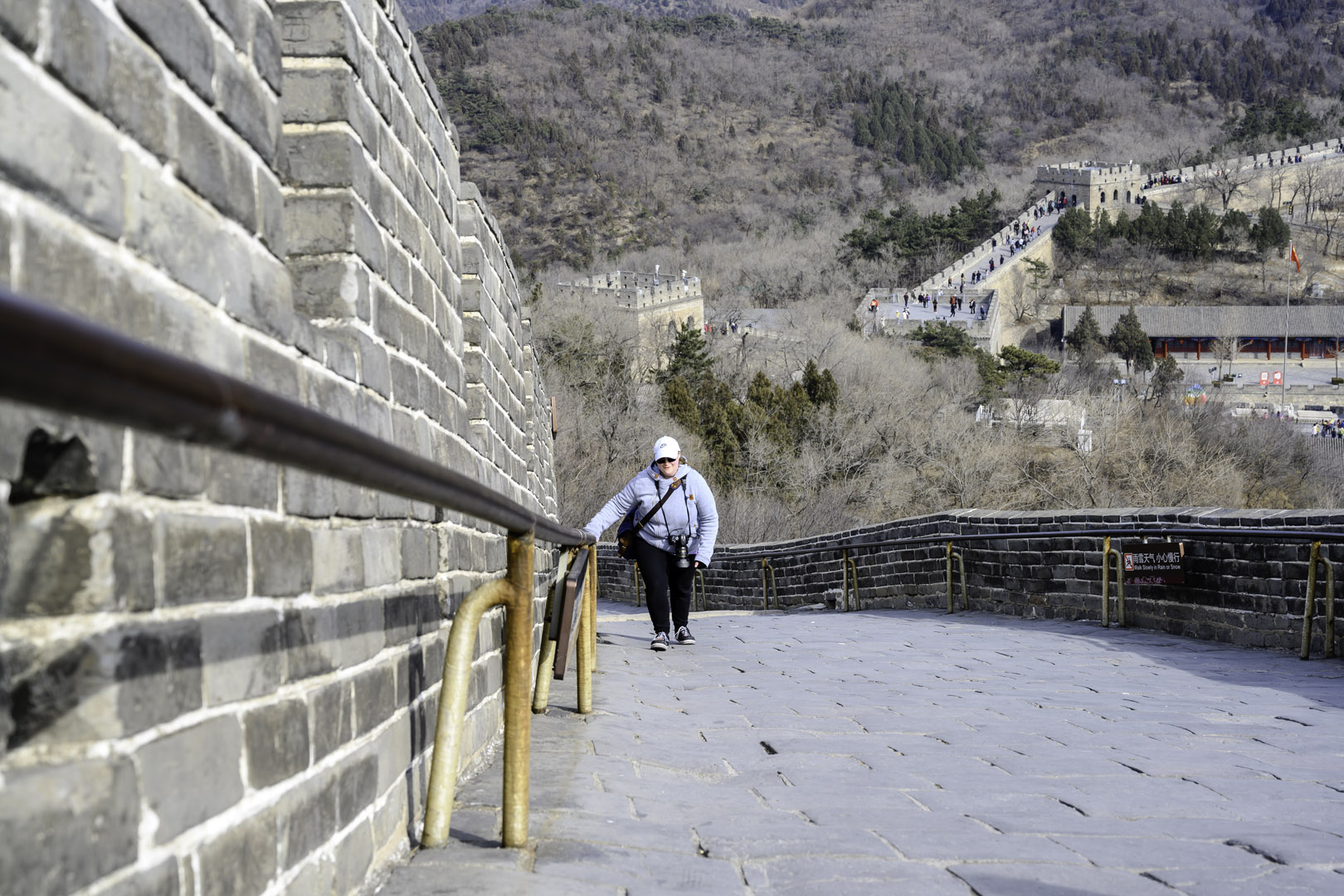 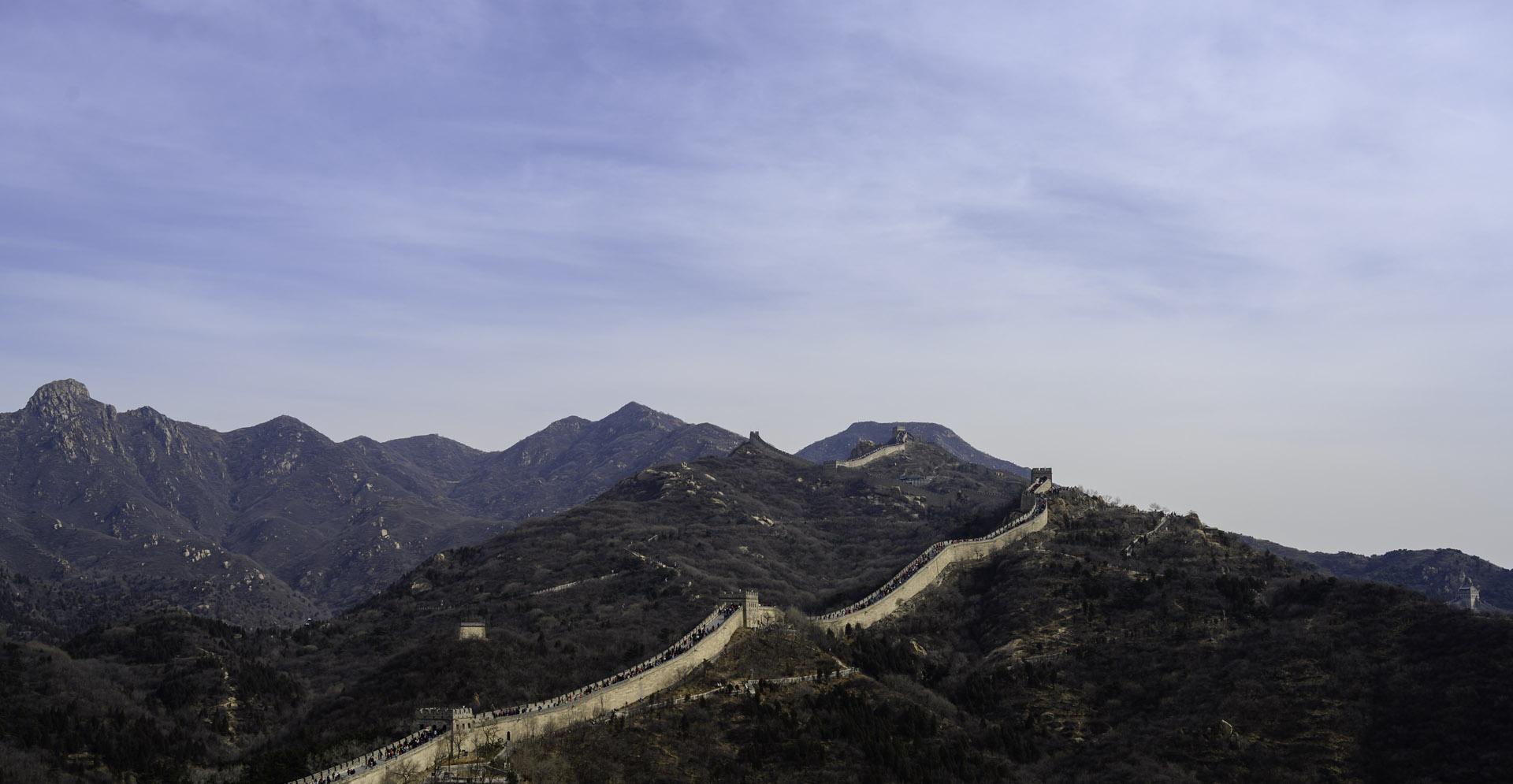 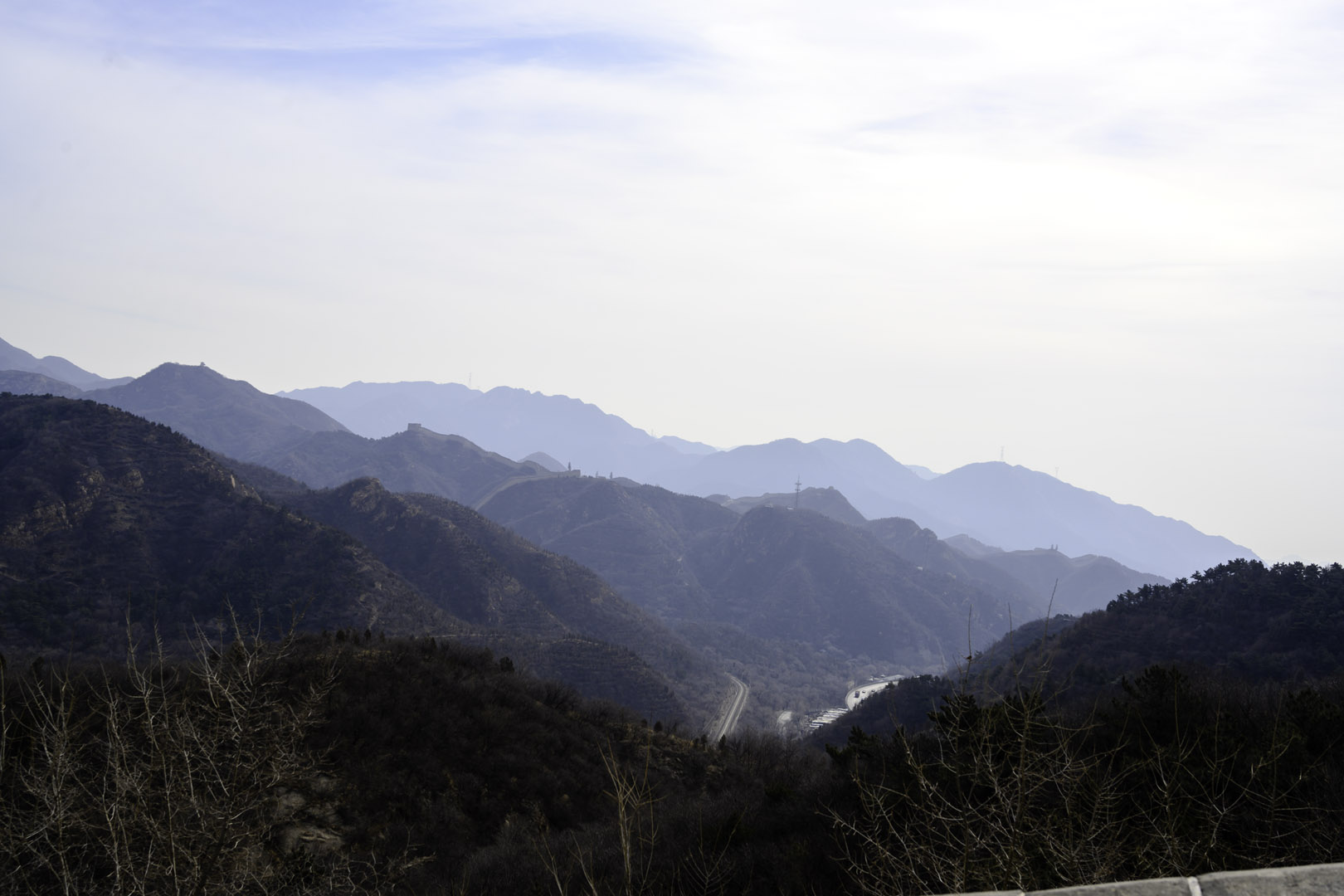 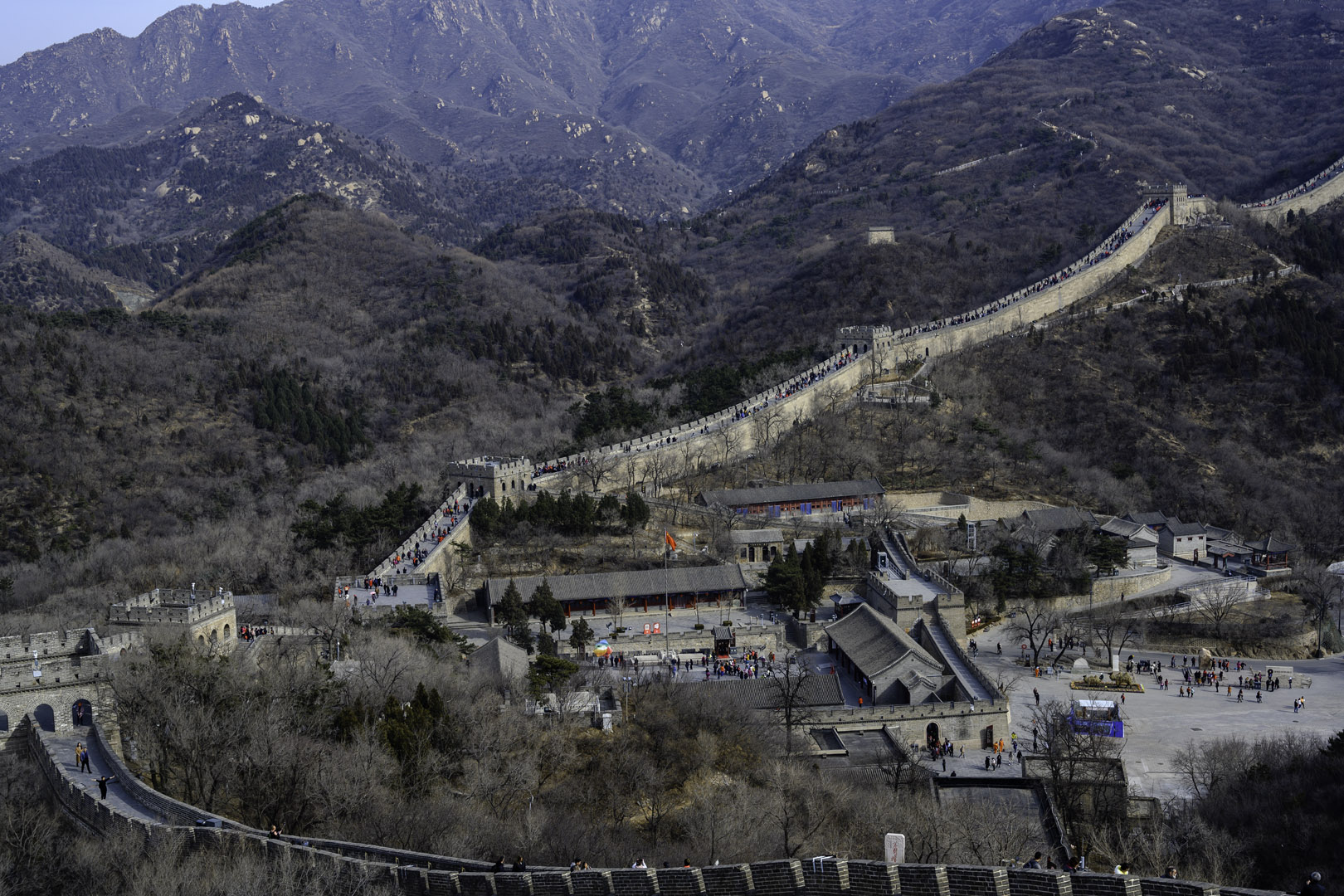 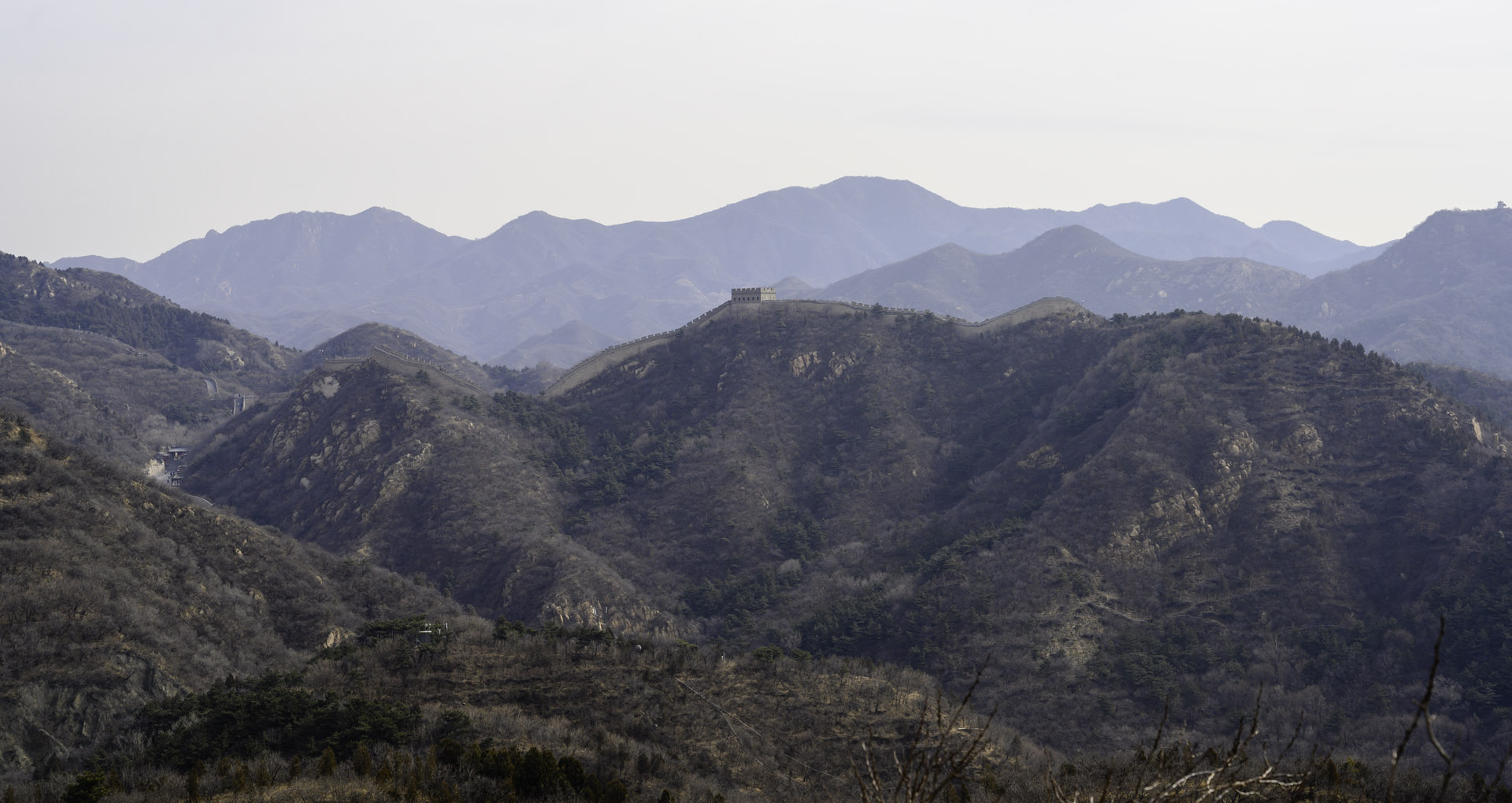 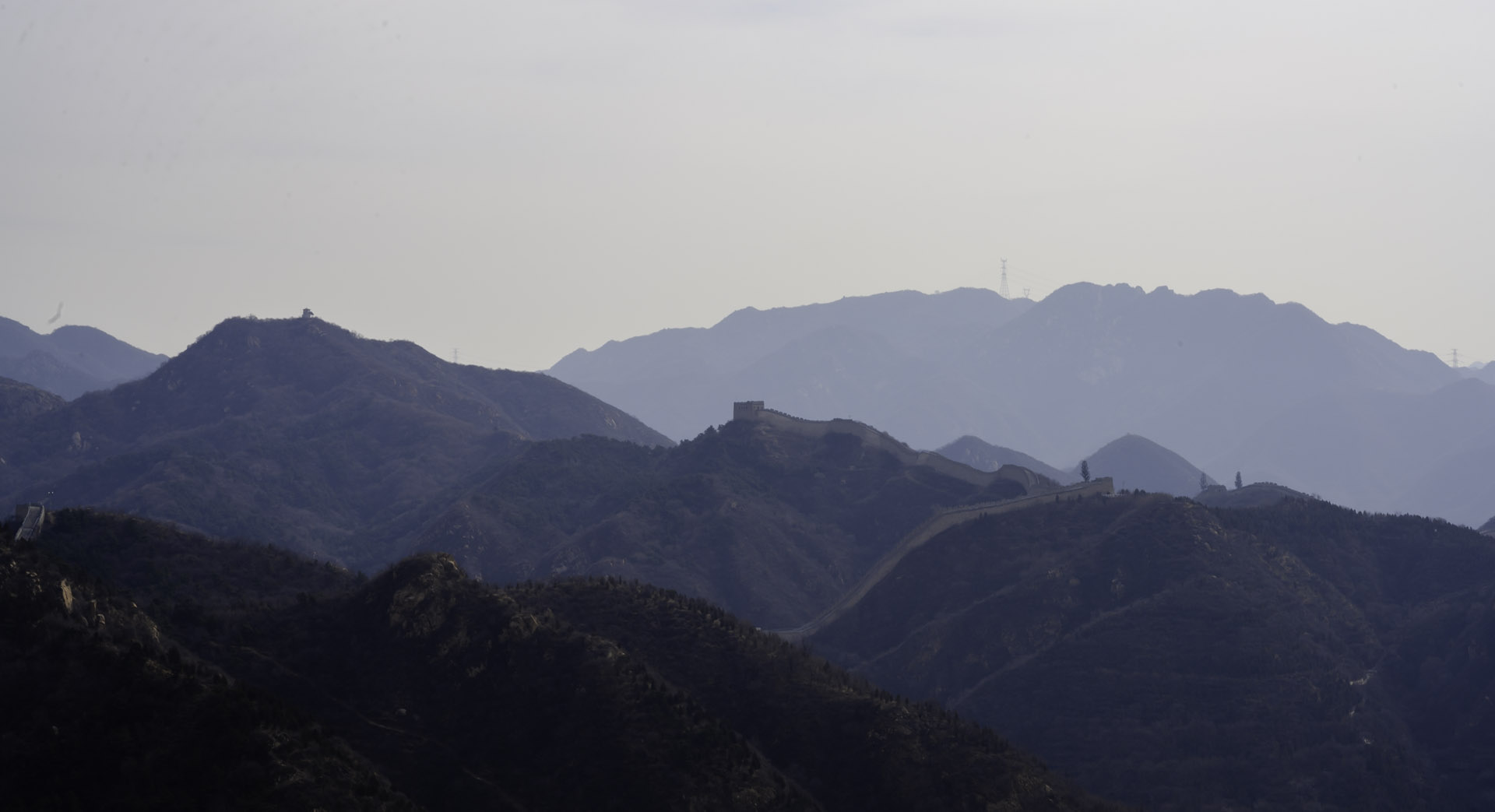 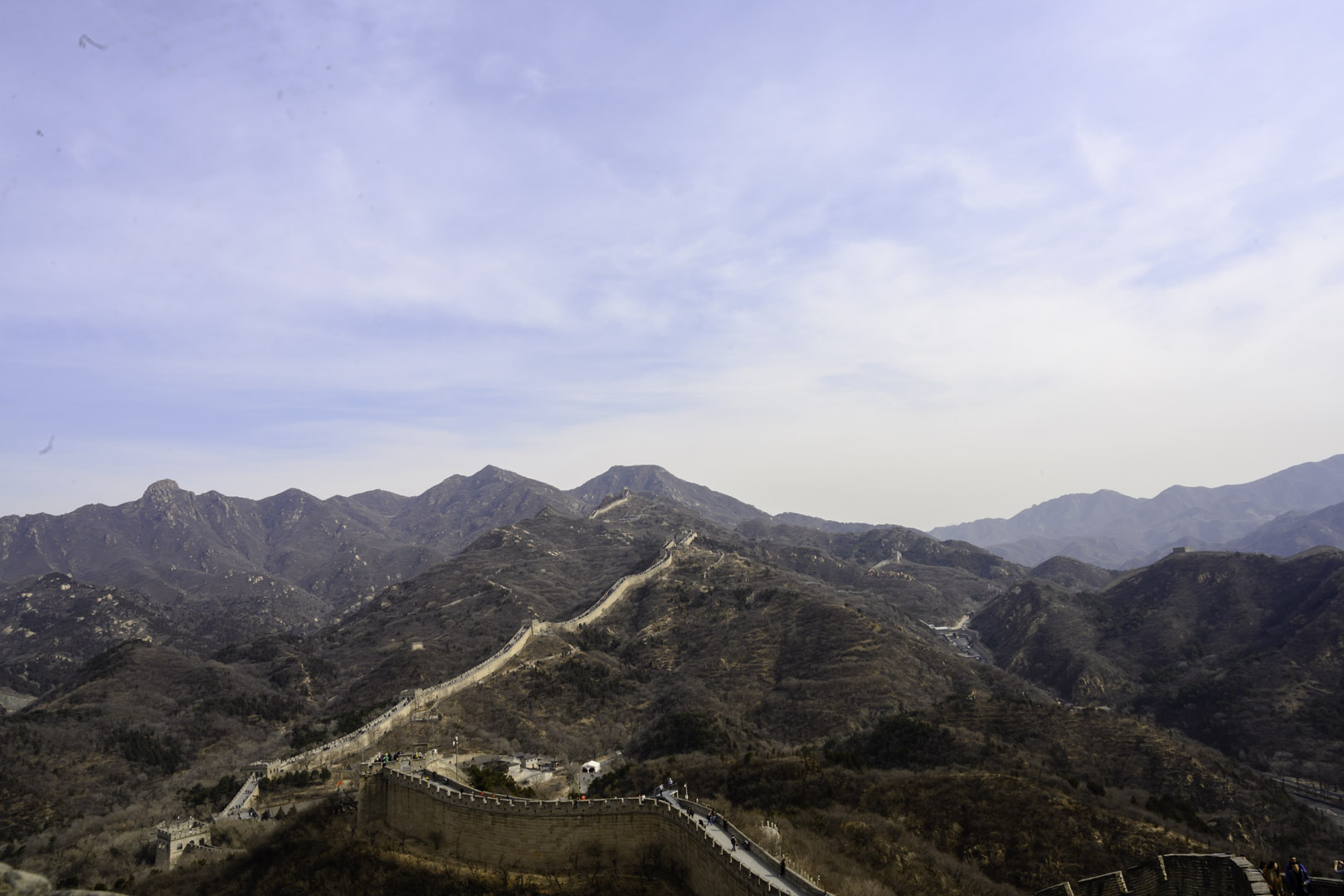 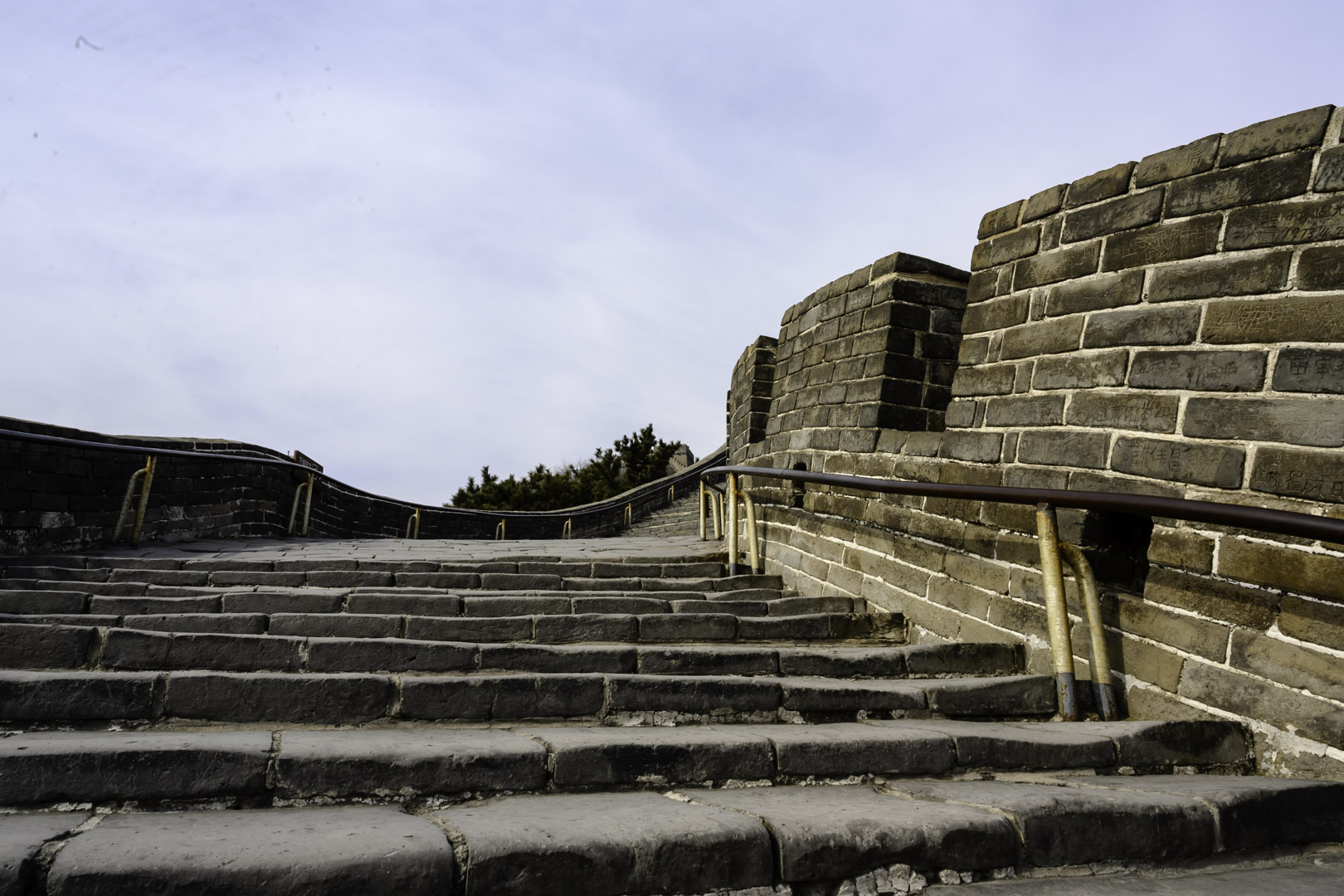 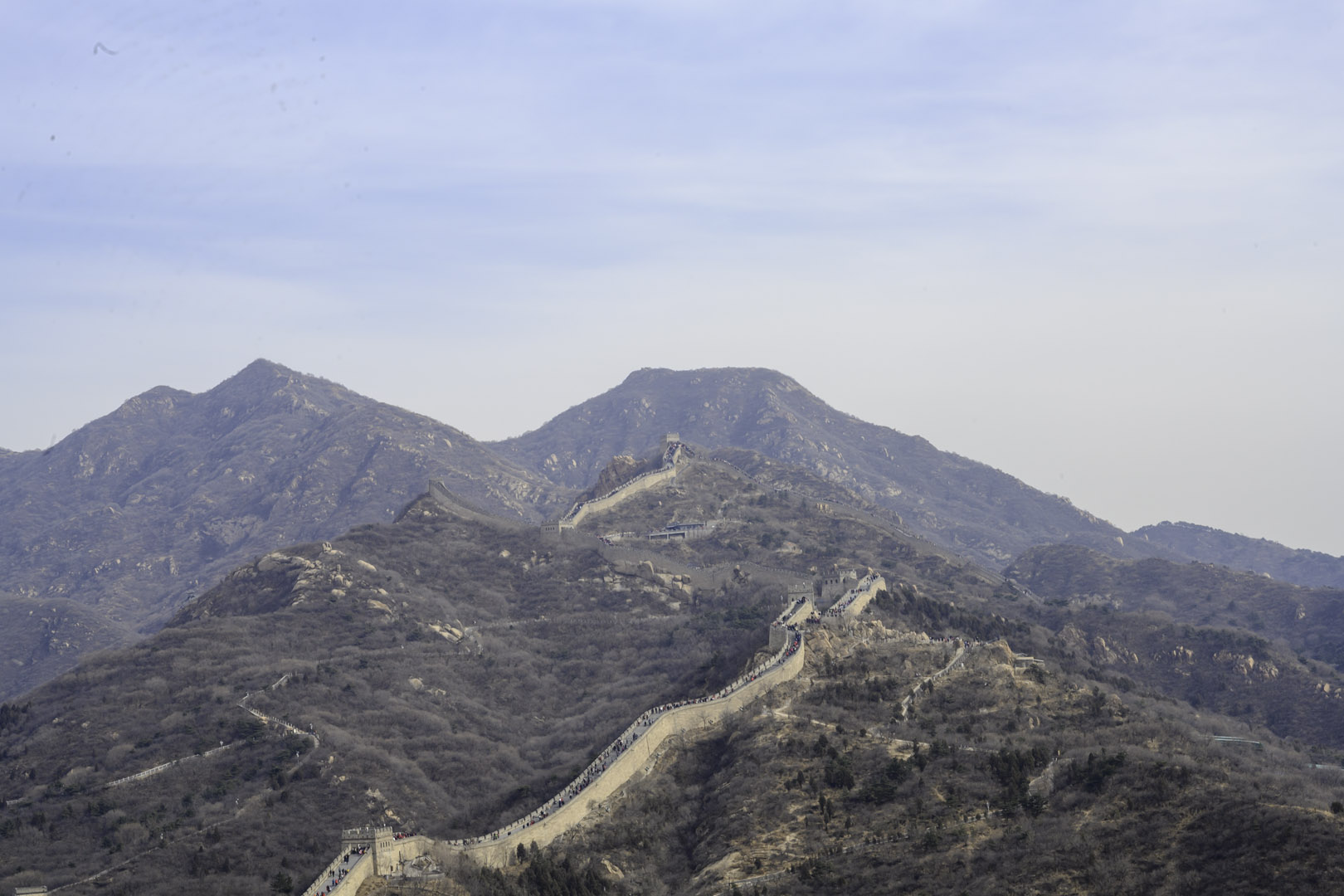 Out of all of the people that went I managed to get the highest (or furthest). I pushed myself to keep going further as it was potentially a once-in-a-lifetime experience, a wonderful view and an amazing accomplishment. However, the wall gets substantially steeper the further up you go and the steps are pretty tall (as illustrated in an above photo of my foot). That started taking its toll but the issue was the air – the higher I went the thinner the air became and the more worn out I became. I literally couldn’t get my breath back due to the air so rather than risking passing out I decided to descend back to the coffee shop to recover, where they had an intriguing display of empty bottles of beer.

After the Great Wall we went on to visit a copper pottery shop, where all of their products are made by hand. They started off making the pot itself then added on the accented lines (also made of copper), made them more pronounced, flattened them out and layer by layer add the intricate paintwork and finish. The workers get disturbed easily there so photos were to be kept to a minimum (without flash, of course).

Sadly, it wasn’t practical to try and transport a copper vase internationally as you could really appreciate the amount of time, amazing skill and effort that went into these. Most of the shop in the back had the pots but there was a variety of other bits that didn’t seem related to copper at all.

Last on the agenda for today was the Peking Opera. As per sales tactics if you bought a program you and one other person could move from the generic seats to the tables in front, where you also gain a better view. Several of the people that we were with bought one and invited us to come join them, which was very nice of them. While there Cresta and I had an ice cream each that was just so nice! I don’t recall ever having an ice cream that was so delightful – smooth yet full of flavour. I digress! The opera was 1hr long and comprised of three stories. Additional parts to the story were displayed on marquees either side of the stage.

The first thing on the stage as you walk through was a guy preparing his own makeup, followed by dressing in his very ornate costume. This must have been to demonstrate the work that goes into preparing themselves as that costume didn’t appear in any of the acts.

The first act was really entertaining. This was about a woman trying to find her scholar friend. After finding out that he was on a boat travelling up a river she asked an old boatman to catch up with him. The boatman played a couple of pranks on the woman during the act as well. Per tradition there were no stage props to speak of, only the staff that the boat man carried to guide the boat so everything was done by actions. It was funny to see them bend their knees to imitate the boat rocking on the water.

The next act was an opera song, together with dancing with a colourful ribbon-like cloth. She was very loud and the pitch often went very high.

The last act was a woman with a very elaborate, ornament outfit. She was practising in preparation for a fight, boasting how she was the strongest. It was a very interesting dance, which included the use of the feathers. This was followed by her opponent, who was boasting about his strength as well. The finale was a dance between them and their supporting fighters, portraying a fight.

I don’t think it’s the sort of show that I’d frequent but it was geat to see while we had the opportunity. I also spotted a very similar outfit in the Pearl Tower’s museum after reviewing my photos.